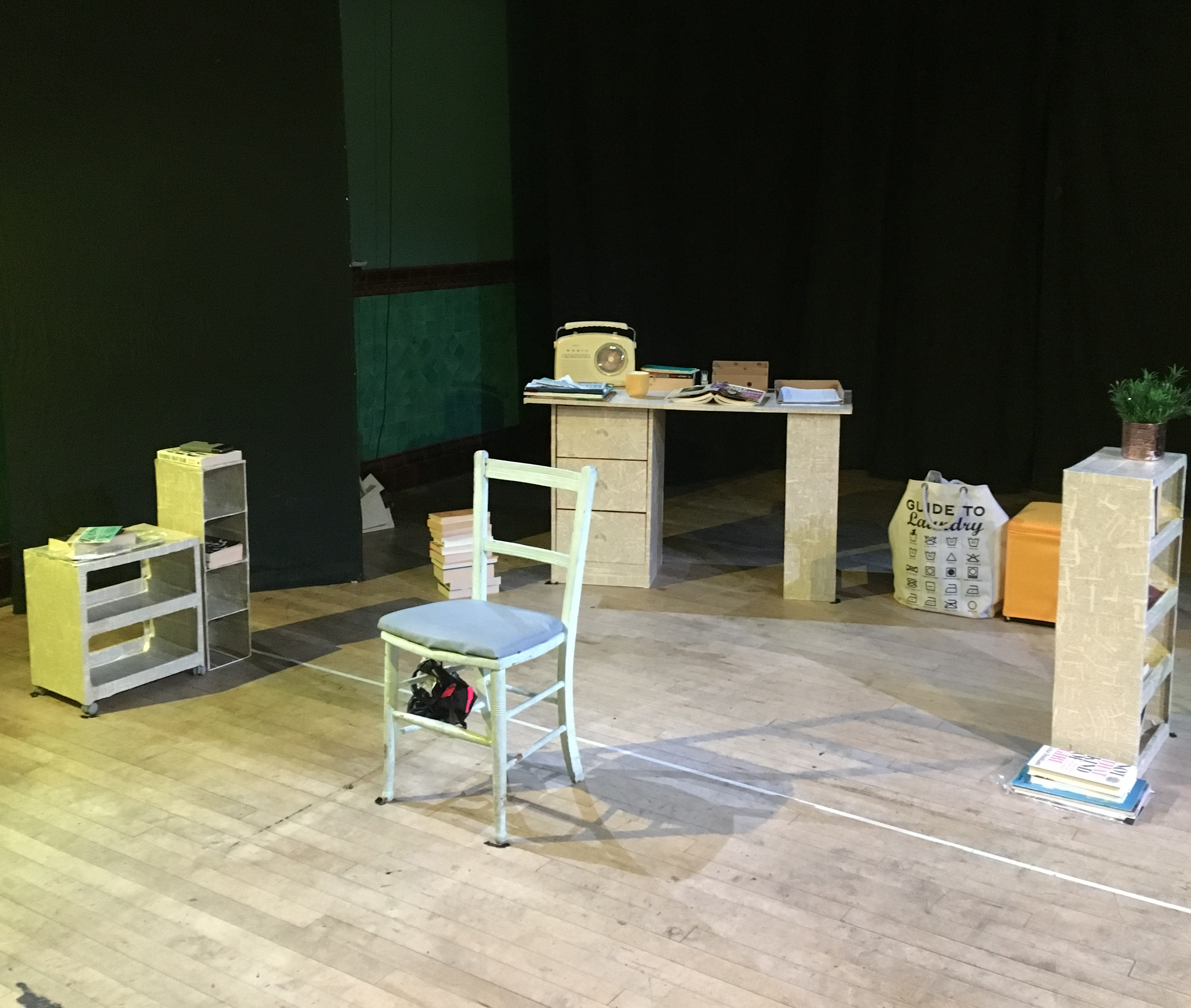 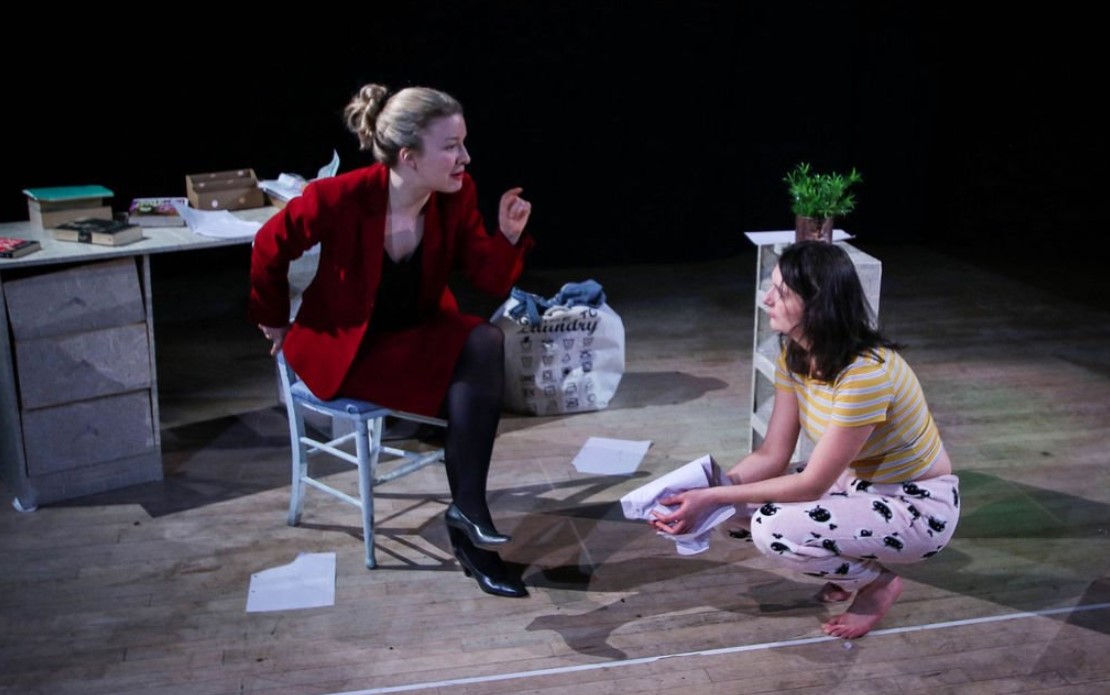 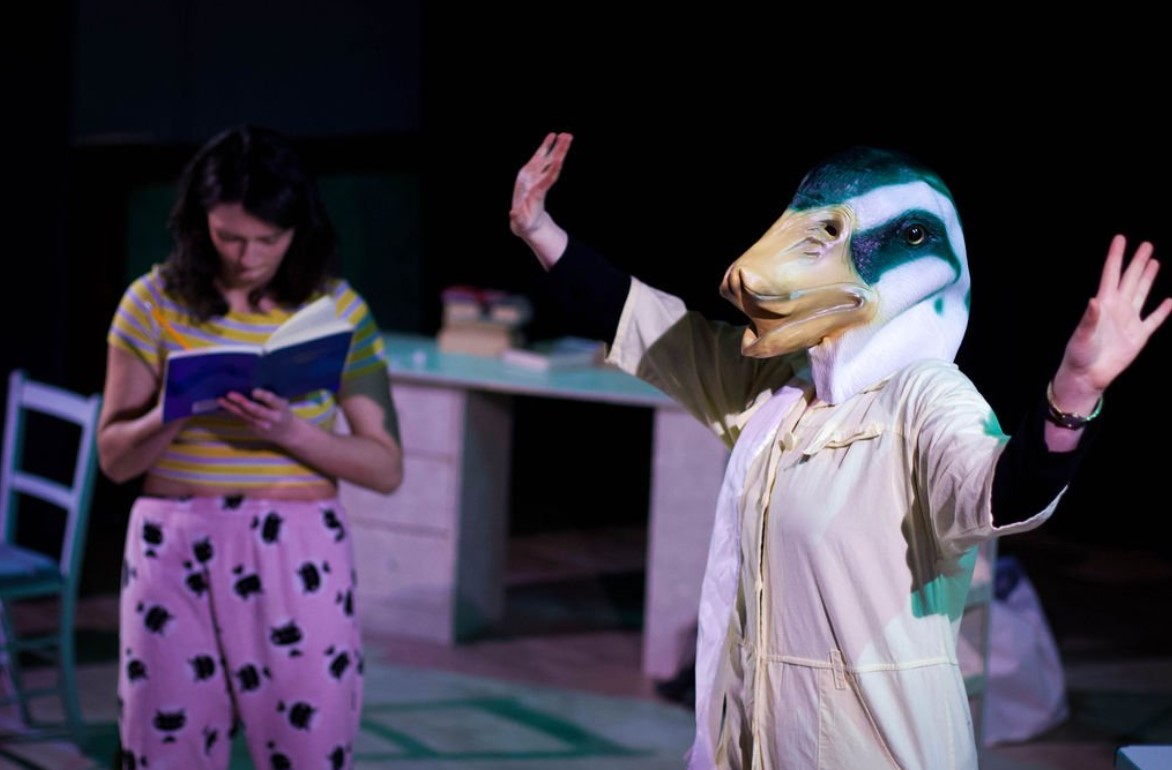 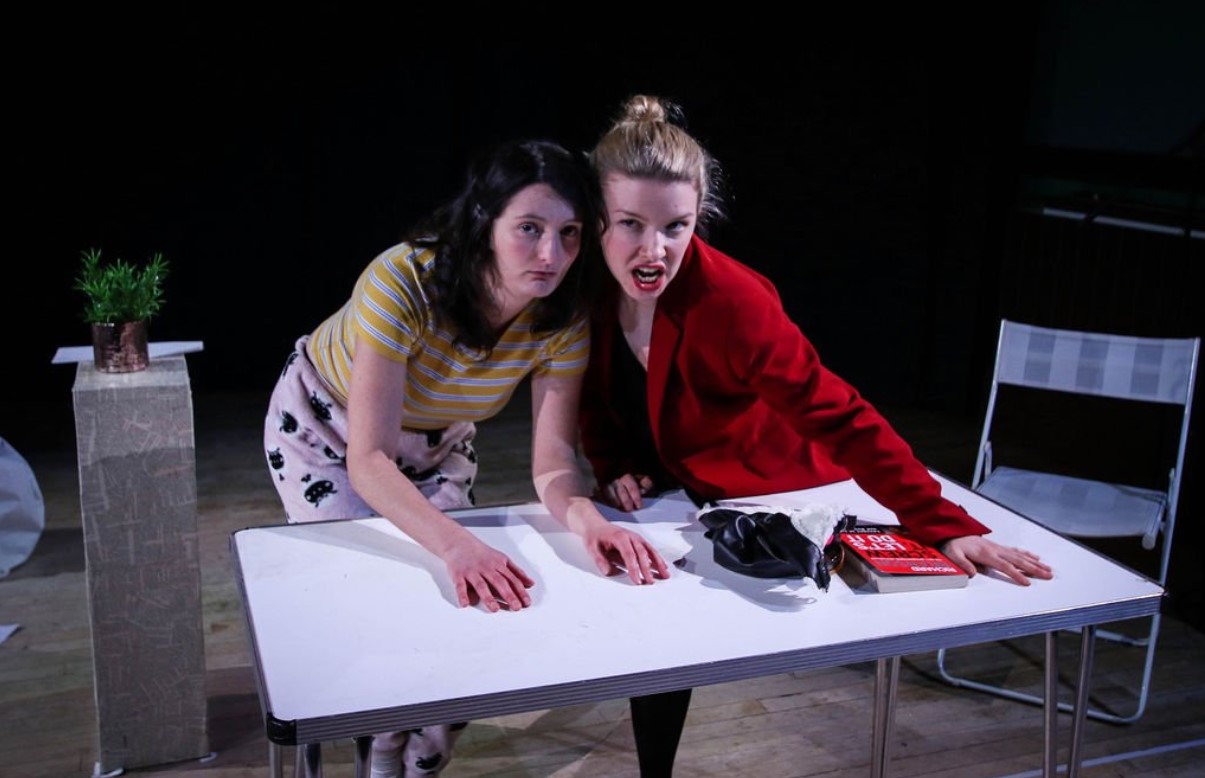 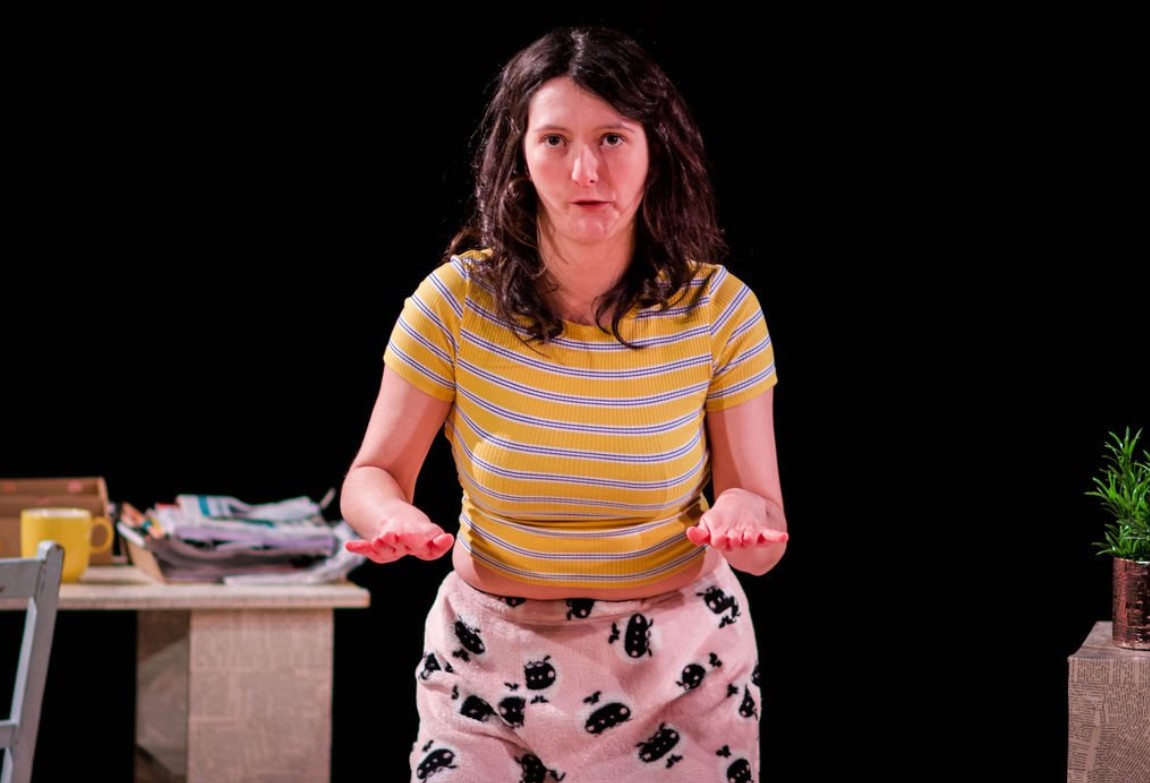 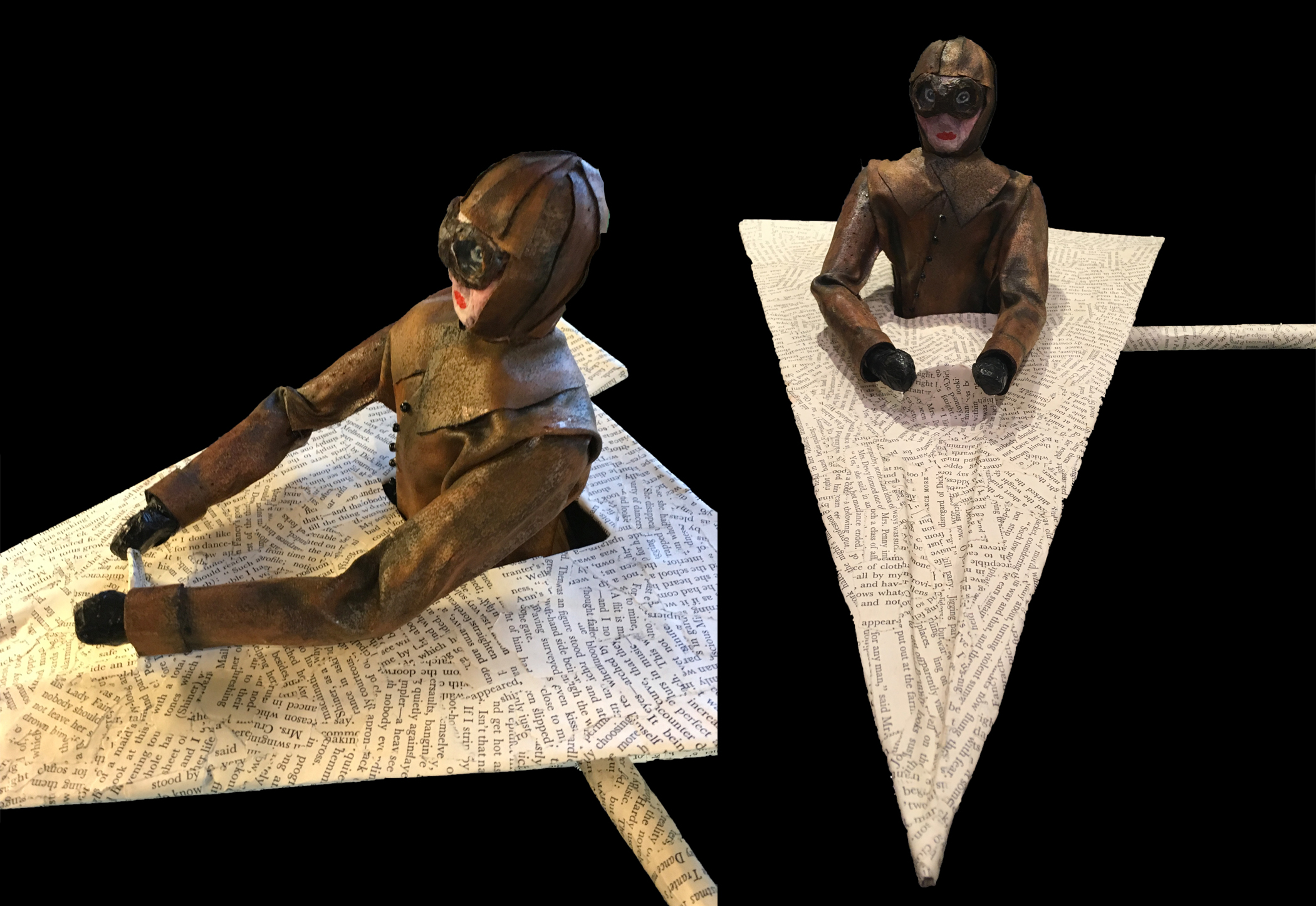 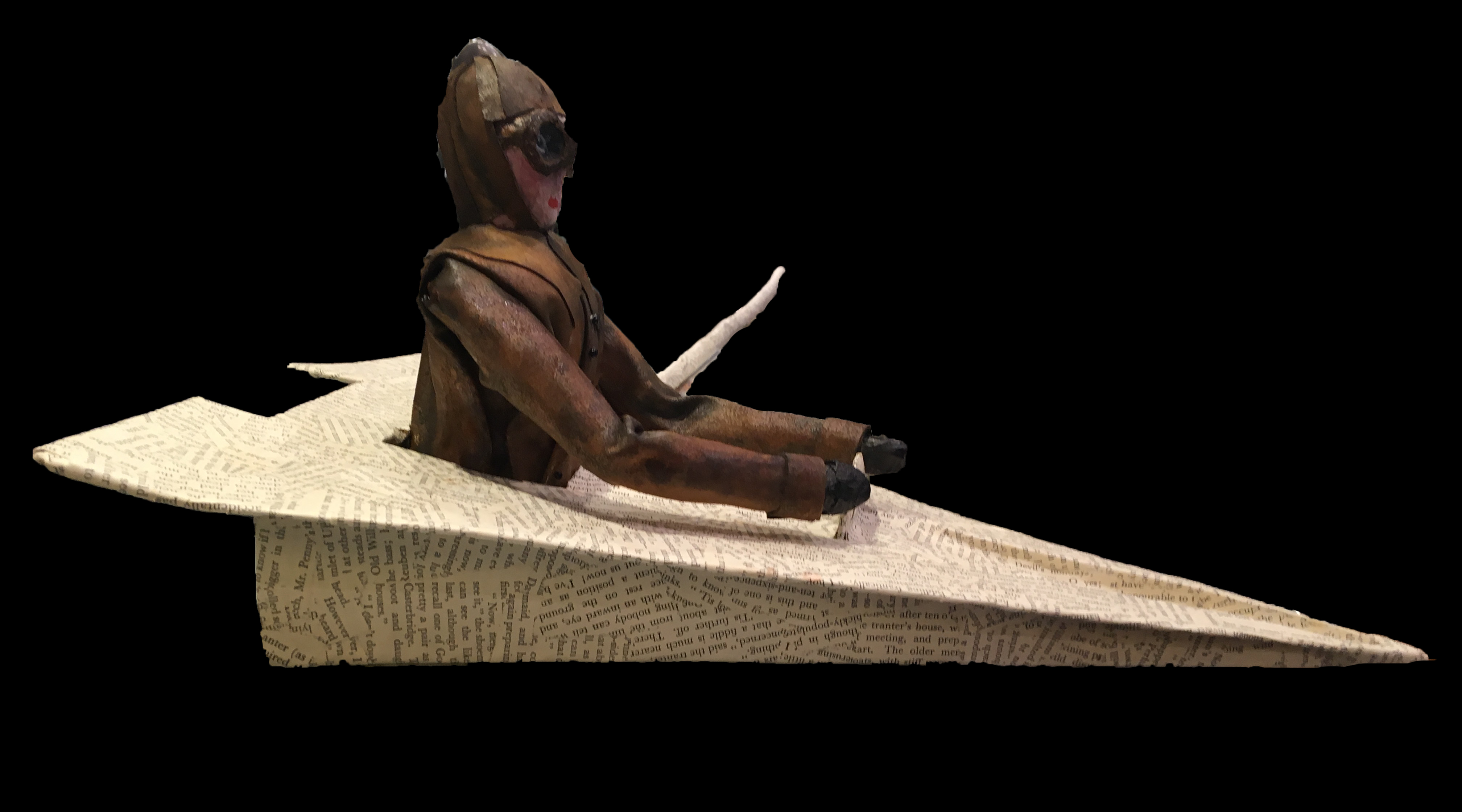 Scenographer, puppet designer and general maker for Lobster Frock’s The Pursuit of Success

Co-written, devised and performed by Kirsty Blewett and Christine Mears

The main character is a writer which is why the set and some props are coated in papier-mâché dictionary pages which makes the set more receptive to lighting changes and unites it visually. This means that if the set is ever expanded with extra elements they can be easily integrated into the original design which was an important consideration as this work is still in development. This is a touring show so the design lends itself to easy repairs and surface touch ups and replacement if any damage were to occur during transit.